The Naveen Kiran team consists of qualified Counsellors, a Physician, a Psychologist & Psychiatrist. It also includes a Sociologist, Nursing Staff, Residential & support staff. The staff reviews each case on a daily basis by maintaining an observation sheet. The purpose of this exercise is to assess the progress of every patient on a daily basis as per individual needs.

Here is what the Naveen Kiran think-tank members have to say about their concept of Recovery: 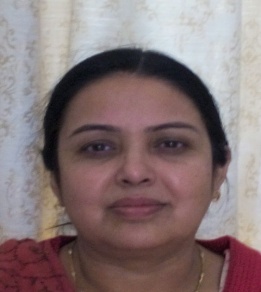 (To Addict’s Family)
I Want To Provide Healing Touch

Today I am an active member of the campaign launched by my late husband for a disease-free and addiction-free life. I have experienced the pain and suffering that a spouse and family undergoes when the head  of the family is suffering from alcoholism and addiction. Today, my family has recovered even though my husband may not be here to share all the fruits of recovery.

This has only strengthened my resolve to ensure that those family members still suffering from the ill-effects of alcoholism or addiction — due to the acts of a family member  get to enjoy an addiction-free life. I am committed to my late husband’s crusade against addiction/alcoholism and will continue to contribute whole-heartedly to this cause in the future too

Our Psychiatrist Shares His Perspective

Sir, with your long years of experience & expertise, could you give us your insight into drug & alcohol addiction and why is its treatment so relapse-prone?
Drug dependence is a multi-factorial disorder with genetics and environmental factors both having a role in aetiology. Lack of proper insight into genetic aetiology & poor compliance with treatment are often reasons for relapse

Is it a genetic disease or is it an acquired habit?
It is a genetic disorder with psycho-social factors involved

Why is the disease of addiction not curable, in medical terms?
On the contrary, in psychiatric terms, it is curable with treatment but requires medication for a long duration

Is it true that drug addicts using Hashish (cannabis indica) & Bhaang (Indian Hemp) are more prone to mental disorders? If yes, after what period of use do such symptoms set in?
Yes, they are prone to such problems and even  single use of such substances can precipitate illness in predisposed individuals

Are patients diagnosed with such disorders able to recover completely? How long does this process take?
Yes, with proper social support & treatment 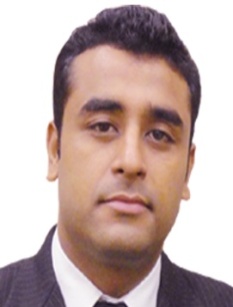 Sir, how do you look at alcoholism and drug addiction, as a disease or as a social problem?
Addiction of any kind is a complex and multifaceted problem. It has physiological, social, economic, psychological, legal as well as national and even global implications, depending on the nature and severity of addiction. While alcoholism is dangerous due to its larger scope and deep penetration into the general population, drug abuse is a silent killer. Both addictions are a disease in itself, which require sustained physical and mental therapy. Both addictions give rise to a number of social problems, like dropping out of schools & colleges, loss of reputation of self and family, domestic violence, petty crimes etc.
However, the effects of drug abuse are more pronounced and lethal, and difficult to control. It leads to overdose-related deaths, gang-wars, suicides amongst vulnerable youth, loss of efficiency & productivity.

How strong is the correlation between crime and addiction?
Unfortunately, many addicts resort to crime to pay for their habit. An addiction costs money and once someone is psychologically dependent on a substance then their constant need for this substance drives them to commit crime. Some addicts will beg, borrow or steal money to pay for their addiction.

What laws are in place to deter youngsters from taking to drugs?
Several laws have been framed by the Government of India from time to time for deterring people from taking to drugs. The main is the Narcotics Drugs and Psychotropic Substances Act (NDPS) which was framed in 1985. Chapter IV of the NDPS Act 1985 especially deals with offences and penalties related to the Narcotics Drugs and Psychotropic Substances.
Besides, Drug & Cosmetics Act also provides for various regulations to control the drug abuse and its menace. The RCS (Regulation of Controlled Substances) Order is in enactment under the NDPS Act to regulate the flow of Controlled substances (precursor chemicals) used in various pharmaceutical companies. PIT NDPS Act is also in place for repeated offenders.

What are the common side effects of abusing drugs? Please elaborate.
A side effect is usually regarded as an undesirable secondary effect which occurs in addition to the desired therapeutic effect of a drug or medication. Side effects may vary for each individual depending on the person’s disease state, age, weight, gender, ethnicity and general health.

Do you think strong policing is the ideal deterrent for staying away from drugs?
I don’t agree completely nor do I completely deny that policing is the ideal deterrent.
Evidence from controlled studies and national cross-site evaluations demonstrates that prevention programs work. Prevention is most promising when it is directed at impressionable youngsters. Adolescents are most susceptible to the allure of illicit drugs. Delaying or preventing the first use of illegal drugs, alcohol, and tobacco is essential.
Not only does hazardous drug use put young people at risk of negative short-term experiences, but those who do not use illegal drugs, alcohol, or tobacco during adolescence are less likely to develop a chemical-dependency problem.  Narcotics Control Bureau utilizes both these approaches i.e. Supply Reduction and Demand Reduction, to control the menace of drug abuse and trafficking in the country.NCB also regularly reaches out to schools, colleges and other institutions, NGOs, and civil society through various mediums. 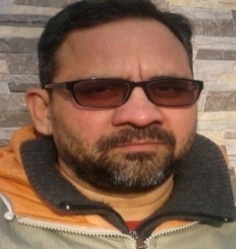 (The idea is to Lead A Productive Life)

Quitting drugs is not recovery but it is the fundamental requirement and should be given top priority. Apart from this for me recovery means living a productive life for family, for the community, for society, for the nation and most importantly, for you yourself.

Recovery starts with staying away from all mood altering drugs, improve relationship with family members, get involved in work, pursue healthy recreational activities and develop trust in a higher power.

Our Physician Talks About Addiction 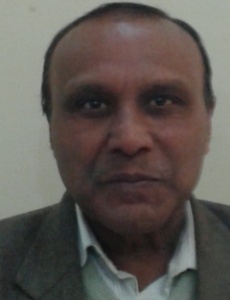 What does your experience say about why addiction as a disease and how should the addict’s family deal with it?
The desire to consume alcohol or drugs initially starts off as an act of curiosity. For the social user, it remains so but for the ten percent or so addictive personalities, it becomes a compulsion; something the patient cannot stay without. Addiction is an obsessive-compulsive disorder and it cannot be cured with medication,   it can only be controlled and treated.

After physical recovery, what is the next step?
The next step is to get him or her ready for the 5-month 12 Step treatment therapy based on the principles of Alcoholics Anonymous. This treatment therapy is carried out by recovering addicts who help restore the emotional, mental and spiritual health of the patient, and to once again make him a productive member of the society.

Patient who are disable due to addiction, in rehabilitation is intended to optimize different types of functions and well being of people, which actually helps any patient get back into their normal working routine or any sort of leisure activities.